Voices from the Past

I would like for them to share their memories, old photographs, family histories and past Village news with me so that I may be able to present a comprehensive record of this small. ancient and facinating Welsh Village Community throughout the ages.

All photographs will be returned after being scanned and published

For those that want to read a comprehensive study on the History of Trelawnyd, please refer to the Book "TRELAWNYD PAST & PRESENT" by Daphne and Ken Davies

The Village Flower Show Blog can be viewed at

http://trelawnydflowershow.blogspot.com/
and my personal Village based blog can be seen at 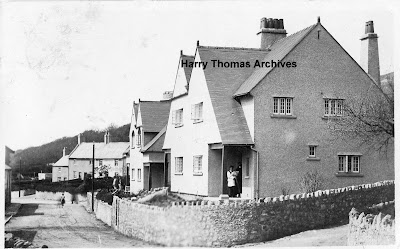 A rare photograph of the junction of Byron Street and London Road taken around a hundred and ten years ago...
Must have been a hot day in summer as all of the houses windows are open
Posted by John Going Gently at 22:02 1 comment:

The Inauguration of the Memorial Hall 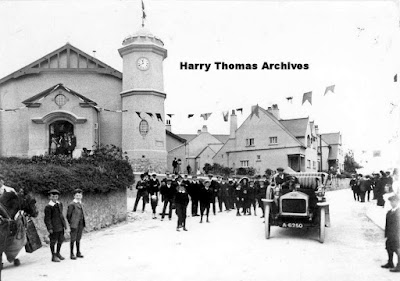 This photo is a significant find .
A rare shot of the opening of the memorial hall 110 years ago.
The corner of High Street of London Road and High Street looks rather impressive presumably with everyone waiting for the Ralli family to do the unveiling
Thanks to the Harry Thomas archives for allowing me to share this photo
Posted by John Going Gently at 12:35 1 comment: 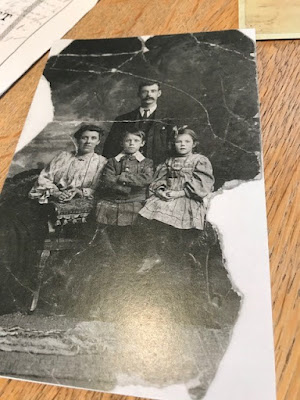 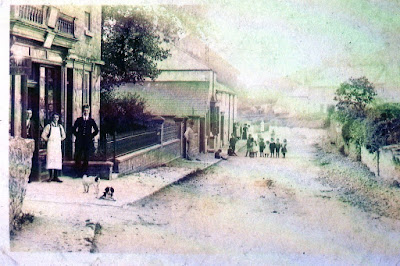 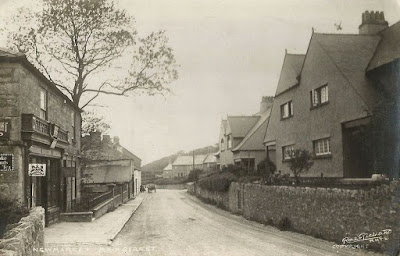 I am sorry but I couldn't put the video itself on the blog but I will put the link after the text so that visitors can see it. Interesting to see the Hall before the rennovations and lovely to see so many faces of Trelawnyd past.
Please let me know who some of these old faces were, I can only recognise a few.

Thank you to Nev Lancelotte
Posted by John Going Gently at 17:31 1 comment: 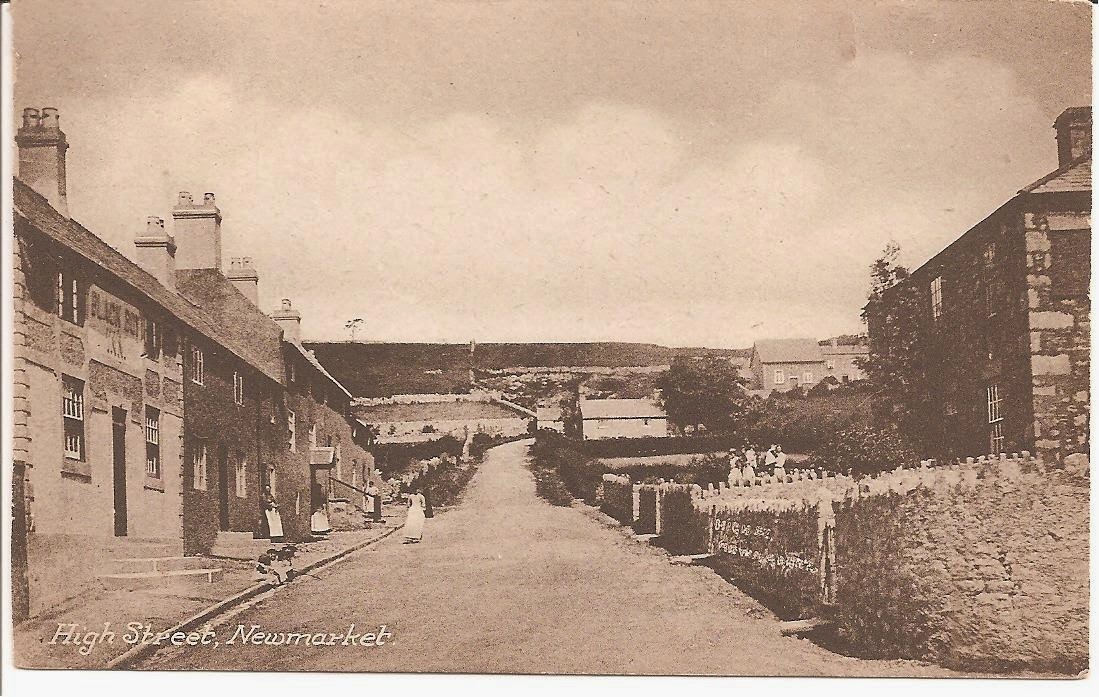 2000 people at a Trelawnyd Funeral 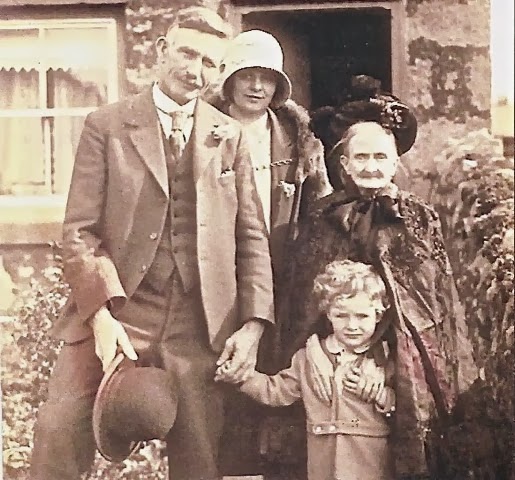 Thanks to Mrs Ceri Watson
Who contacted me about her great grandfather Elias Jones, who died in an accident
at Talacre and Gronant mine in 1890
Above Elias' wife Margaret, her son Edward Hughes Jones, granddaughter Myfanwy
And great grandson Tecwyn
Outside the family home on Bonc Terrace

FLINTSHIRE OBSERVER 15/5/1890
GRONANT
SHOCKING ACCIDENT – TWO MEN KILLED
About 12.30 p.m. on Thursday last ,Elias Jones age 44 years, of Newmarket [now Trelawnyd] ,and William Morris age 32 years, of Stabian ,Newmarket,were employed at the Derwynne shaft at Talacre and Gronant Mines, getting timber up out of the shaft ,and were in a cage made for the purpose and  which was hanging on a new hemp rope worked by a hand-winch. Thos. Roberts, of Prestatyn, was stationed in a level in the shaft  for the purpose of signaling to the men on the surface ,and as he was in the act of speaking to the two deceased men who were about 10 yards lower than he was, the rope without any warning  or visible cause broke and they both fell a distance of 50 yards to the bottom of the shaft.
When help arrived Elias Jones was found terribly mangled and dead, William Morris was not much mangled  but died directly the rescue men reached.
William Davies Esq. opened an inquest at the Crown Inn, Newmarket, on Saturday and simply took evidence of identification and adjourned the inquest until 11am on Saturday next, at the Red Lion Inn, LLansa , for the attendance of Dr C.N. Foster, the Inspector of Mines, who wrote to say he was not well enough to go underground before the end of this week.
Elias Jones leaves a widow and 5 children , and William Morris was a widower and leaves two young children orphans. The funeral took place at Newmarket Churchyard on Sunday afternoon [May 11th] ,when nearly two thousand people from the surrounding neighbourhood attended the funeral as a mark of sympathy , and a collection was made at the entrance of the churchyard for the widow and the orphans. The service at the graves was conducted by the rector, Rev. E Davies

The next week The Flintshire Observer devoted almost 3 columns to the inquest, including a plea for a public subscription to be set up  and a poem (in Welsh) dedicated to the 2 men. Here are some extracts
“Captain Henry Ellis [ one of 3 men representing the Talacre and Gronant Lead Mine,+ solicitor] said he was the underground agent of the mine and had been employed there ten years. He could not, of his own knowledge ,say how the accident had occurred. The rope produced  was used in the Derwen shaft and was attached to a stage and to a winch at the top for the purpose of lowering men into the shaft. The deceased men were working on the stage when the accident happened, they were taking out the old pit work…… the first he heard of the accident was  about 12.30 pm, on Thursday  8th, when Thomas Roberts told him that he was afraid that  two men had fallen down the pit, and he had arranged  for assistance to go to the deceased. There were two ropes and two winches used – one for drawing out the pitwork ,and the other for raising or lowering his men at work. ….. the broken rope was bought in January last , and first used in April, but as a guy rope ,no weight being attached to it. It was first used to take out pit work four days before  the accident occurred ,and was in good condition then… the stage on which the men worked measured  4ft by 3ft and was hung by chains from each corner four yards long, and attached to an iron ring above, to which the rope was fastened. … for first three days they were taking out pumps.. shaft was not timbered.. after the rope was lowered down the shaft the first day ,it was not wound up again. The rope broke at a point about eight feet above the iron ring to which it was attached.”
It was established that the pumps would have weighed 12-15 cwt, the stage and 2 men about 2cwt- the rope was made to hold 28cwt.
They had been blasting some castings 6 or 9 yards from the shaft, but at that point the rope was 70 yards down the shaft – the men would have climbed out of the shaft via ladders whilst this was taking place and the rope hanging down.
It was possible that the rope had struck the irons, but this was unknown.
Peter Evans, miner, said he had thought the rope was alright for the job, and knot properly made . he had been  working on the stage  himself and had trusted his own life to it. He had seen some pumps oscillating in the shaft as they were being drawn up, but he did not know if any stones had gone down the shaft since this particular rope had been used, or if any pumps had hit the rope – had they done so it would have damaged it. It was possible for the pump to hit the rope, if allowed to do so. The rope had not struck against a sharp edged rock as it was being drawn into the lodge, the recess was from 2 -3 yards high.
The Verdict “  the  unanimous  verdict of the jury is that the deaths of Elias Jones and William Morris occurred by the breaking of the rope, but there is not sufficient evidence to show how this took place.”